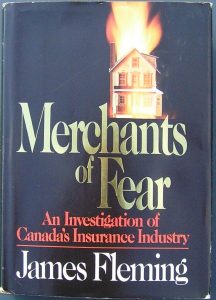 In Chapter 1 - Since the industry is commissioned based, the agent attempts to sell the policy that will bring in the biggest profit. The companies spend millions on advertising in order to build up their image in the public eye. Many policies are expensive and are discussed in detail. Even though term insurance is popular, agents don’t usually push it. The reason that the industry continues to successfully serve up these policies is due to a poorly informed and naïve public. The most powerful tool an agent has is the ability to establish trust with a potential client. Once established, there forms a bond and then a relationship. The result is a policy that is more expensive for a client, yet more profitable for their agent. Human nature and the love of money entice the agent to sell the highest - level commissioned products. This brings in more premium income for the company. “The purpose of insurance is protection, not savings."Read More

Chapter 13: “Weeding an Overgrown Garden"/ PG 378. All the books I’ve read indicate that the best idea for insurance is to buy term and invest the difference. Fear is the best sales tool and the agent knows it. It’s very difficult to make a logical decision when you are emotional.

Sometimes thinking things through can lead to a more intelligent, and less costly decision. The answer to not being exploited for profit is to be well informed, so if you want to be so, please read this book. 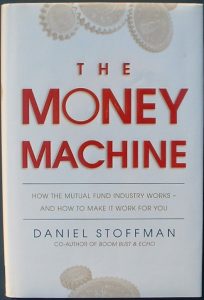 Authors:    Gloriane Stromberg, a former member of the Ontario Securities Commission openly criticizes the industry for exploiting ignorant investors.
Daniel Stoffman is an award-winning journalist. He writes on such topics as business, politics and social issues and co-authored the bestseller, "Boom Bust & Echo".

The appeal of mutual funds is that they offer professional management, growth, and diversification in one convenient package. The idea was to organize the savings of many small investors in order to buy a diversified portfolio of investments. This was suppose to give the small investor the same access to the stock market which was previously reserved for the very rich. Most clients view mutual funds as an investment. Money managers see them as a consumer product. The inventors are the manufacturers that recruit the retailers that sell these funds to the buying public. Some funds do well and some don't.Read More

The big fund companies place the entire risk onto the backs of the public and simply take a cut of the action. It becomes less about managing investments and more about selling products. Previous generations knew exactly what would be earned from their investments because they would simply purchase good old reliable Canada Savings Bonds. There was little to no chance of losing even a penny of the principle. For the few that did own mutual funds, the expectation was that you would share in the growth of the economy over the long-term. The short-term didn't exist because daily results on returns were never published. You weren't going to switch to the latest hot fund because there simply wasn't one.

"The knowledge level of the people who are consuming the industry's product is so low. And that lack of knowledge gives the industry an ability to do things that aren't good for consumers. If there's a fee that you can burry somewhere, whether it's a bank or a mutual fund company or an insurance company, they'll do it."

Daniel Stoffman is an award-winning journalist. He writes on such topics as business, politics and social issues and co-authored the bestseller, "Boom Bust & Echo". 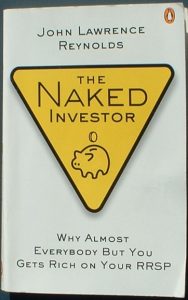 On Wednesday January 26th 2005, an article by Ellen Roseman appeared in the Toronto Star Business Section about this book.

I cut out the article and bought the book. Information gives people more choices. The investment industry considers this a dangerous proposition. It merely exists in order to transfer wealth from you to them. Full service commissioned brokers or salespeople are pressured to generate more commissions and higher profits. The commission system and upper management forces advisors and brokers to figure out ways to sell more products in order to make more money. The pursuit of these types of strategies have the real potential to compromise basic principles and standarts that are in place in order to protect investors from conflicts of interest. The majority of financial advisors sell products instead of good advise. You should be most aware of a fund's prospectus. It's a legal document that outlines the fund's objectives and goals but also tells investors how much they will be paying out in fees. It's not always easy to read and most people through it away. I don't believe I ever read mine and my parents didn't seem too interested either. Many baby boomers have a fear of lack of sufficient funds come retirement. The Chapter 4 on "Mutual Funds" will tell you everything you ever wanted to know and then some about the industry and fees charged on fund products. Before you go ahead and sign anything, ask yourself: who is certain to profit from the advice being given? who benefits from this? who is actually taking the risk? whose money is being accessed? If you don't understand how something works, don't invest in it. Anybody that appreciates honesty and integrity should read this book. 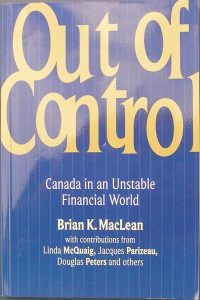 The international capital flows in the 1960s via Euro markets is what led to the demise of Bretton Woods in 1973.

The instability of international financial markets led to speculative attacks on Mexico, South Korea, Argentina, Latin America, Brazil and Russia. The government boosted interest rates to keep capital from flowing out of the country, however this caused higher borrowing costs. The collapse of local businesses led to massive unemployment. In 1997 to 1998, the collapse of currencies, output and stock markets also negatively affected the East Asia region. Capital controls might be a good solution, such as Malaysia has done. In Canada, a Tobin tax has been suggested. Powerful financial institutions have aggressively lobbied the Tobin tax idea. They make their bread and butter off of foreign exchange trading and speculation. The technology could be easily applied to track the trillions of dollars a year in transactions. The author also argues that private investments like RRSPs and RESPs end up benefiting high - income earners at the expense of Canadians that have small portfolios.

This book has many sections with input from a host of economists, consultants and authors such as Linda McQuaig.

More book reviews will be showing here soon!   Your patience is very much appreciated.